Optical coherence tomography (OCT) is a non-invasive, interferometric imaging modality that enables cross-section imaging of the retina introduced in 1991. OCT Angiography (OCTA), initially described in 2005 and used in human eyes with methods based on amplitude or intensity until 2012. OCTA analyze in vivo structural and function of the retinal vasculature. A systematic review from advantages, disadvantages, results and expectations about OCTA in pediatric patients was addressed in this work. OCTA, an imaging technology dye-free open the possibility to increase its use in the entire range of pediatric patients without the side effects related to fluorescein and indocyanine green dyes. As described previously in many publications, scanning methodology used to generate the motion contrast signal, data processing, movement of the eye, and intrinsic properties of the eye are the well-known OCTA artefacts. Eye movement and intrinsic properties of the eye play an important role in children, due to eye development and its constant changes. The majority of the previous studies about OCTA in healthy patients were related to adults, likewise clinical studies using OCTA, such as diabetic retinopathy, retinal occlusions, age-related macular degeneration and macular edema secondary to uveitis. After an extensive review in publication about pediatric patients, limited data from healthy children has been published. Furthermore, only case series and case control studies have been published including amblyopia and retinopathy of prematurity. Cases reports and case series are the only data available so far. Near future includes portable and intraoperative OCTA devices, being the next generation of imaging acquisition for pediatric patients.
at February 23, 2018 No comments:

It is a congenital disorder of eye movement and diagnosed by age 10 years. Duane syndrome is when one or sometimes both eyes don’t turn to the side very well and the eyelids open and close as the eyes try to turn. Usually, it’s difficult for the eye to look towards the side, away from the nose. Sometimes, it also cannot look towards the nose.
Ciubotaru Andreea from Infosan Eye Clinic, 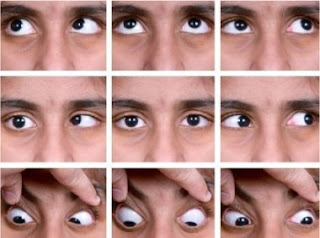 Vision screening is a productive and cost-effective technique to recognize kids with visual impairment or eye issues that are probably leads to vision loss so that a referral can be made to an appropriate eye care professional for further assessment and treatment. There are several methods used to screen a child's vision. The method picked is largely dependent on the age of the child being screened and the experience of the surveyor.
For more details: https://pediatricophthalmology.conferenceseries.com/events-list/vision-screening
Several methods of vision screening are: 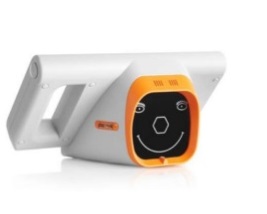 Dyslexia: Study found differences in part of the eye called the fovea. A small region in the back of the eye is packed with red, green and blue light receptors. It is found that the blue light receptors are arranged differently who have dyslexia than in people who don’t.
The childrens with dyslexia have trouble reading accurately and fluently. They may also have trouble with reading comprehension, spelling and writing. 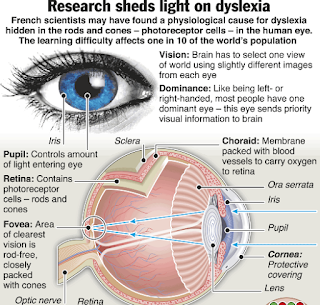 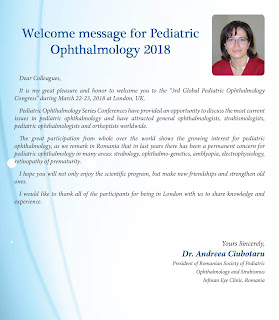 In 2016, Analysis of the present-day ophthalmology situation in Russia

In adult population more than 16 million cases of visual impairment were registered during 2013. More than 1/3 of them were newly diagnosed. The incidence rate of the diseases of the eye and adnexa is 11299.7 per 100 000 people. In children, the incidence rate is 13245.5 per 100 000 with a total number of visual impairment cases amounting to 3.5 million.

The number of peoples affected by eye diseases: